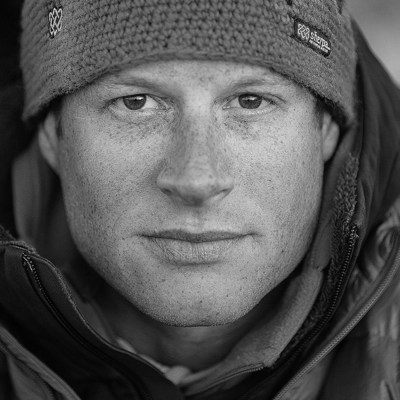 Over the last eight years, Madison has led 44 climbers to the summit of Mount Everest, more than any other guide. He led the first expedition in history where climbers reached the summit of Mount Everest and Mount Lhotse within 24 hours, as well as the first ever guided expedition to reach the summit of K2, the world's second-highest mountain. He is the founder of Madison Mountaineering, a boutique mountain guide service based in Seattle, Washington, and is regularly involved with film productions on Everest, having participated in four different features over the last three years.

As part of his partnership with MusclePharm, Madison will support the Company's marketing of its Natural Series on his own social media channels and share climbing footage and other content for distribution via MusclePharm's digital channels.  In addition, he will serve as a brand ambassador at select events for the Company.

"Natural Series enables MusclePharm to target a new type of athlete: one that prefers an organic product. Many mountaineers and climbing enthusiasts fit into this category, and access to one of the most prominent names in mountain climbing will enable us to expose the brand to an athlete that may not have been previously aware of MusclePharm," said Ryan Drexler, CEO and Chairman of the Board, MusclePharm. "Garrett is a true adventurer and we look forward to working with him as we introduce the public to Natural Series."

"There is nothing more exhilarating than summiting a peak.  To achieve this means pushing your body to its limit and takes discipline, nutrition and preparation. The Natural Series can help both professional and amateur climbers attain their goals," said Madison. "I look forward to working with MusclePharm and sharing the benefits of the Natural Series with the millions of people who have a shared passion for the mountains."

MusclePharm® is a scientifically-driven, performance lifestyle company that develops, manufactures, markets and distributes branded nutritional supplements. The Company offers a range of powders, capsules, tablets and gels. Its portfolio of recognized brands includes MusclePharm® Sport Series, Black Label and Core Series, FitMiss™, as well as Natural Series which was launched in 2017. These products are available in more than 120 countries and over 50,000 retail outlets worldwide. The clinically-proven supplements are developed through a six-stage research process utilizing the expertise of leading nutritional scientists, doctors and universities. MusclePharm is the innovator of the sports nutrition industry. For more information, visit http://www.musclepharm.com. To sign up to receive MusclePharm news via email, please visit http://ir.musclepharmcorp.com/email-alerts.

To view the original version on PR Newswire, visit:http://www.prnewswire.com/news-releases/famed-moutaineer-garrett-madison-joins-musclepharm-as-brand-athlete-300435038.html